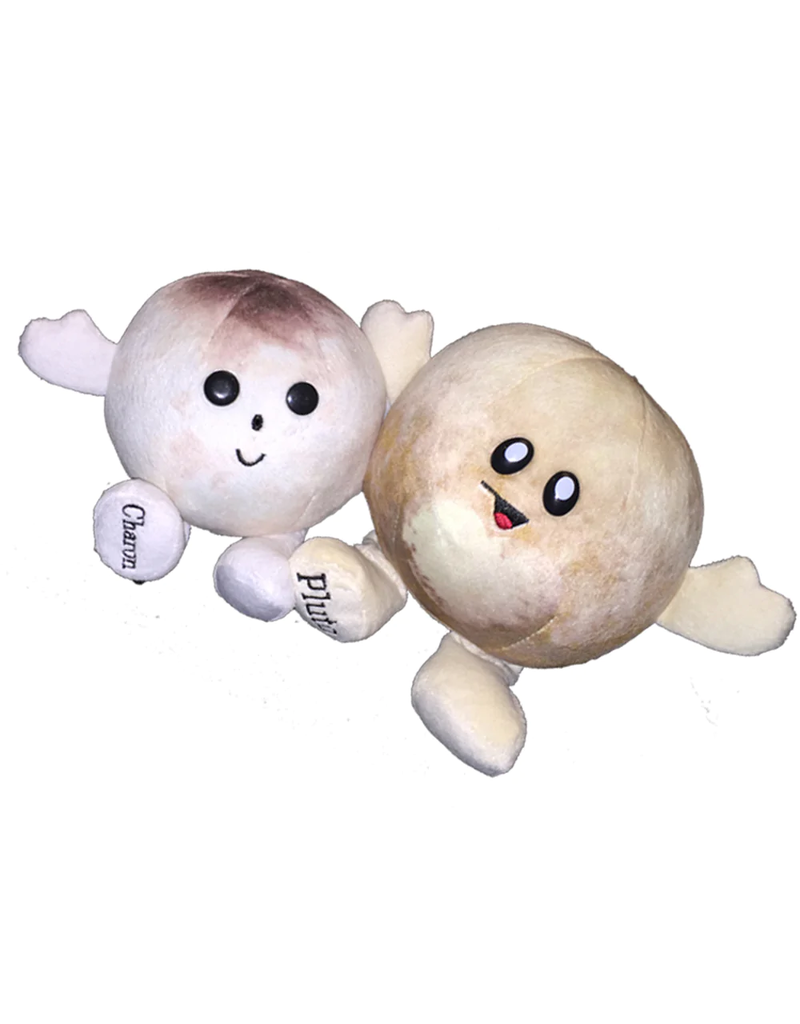 Pluto and Charon…have a heart, love a planet!

Pluto I’m a dwarf with a heart! I was discovered in 1930 by the astronomer Clyde Tombaugh as the ninth planet from the Sun,  but I was reclassified as a “dwarf planet” in 2006. In 2015, NASA’s New Horizons Spacecraft sent back lots of scientific data and  beautiful photos of me, some which show a giant heart-shaped area on my face, but you wouldn’t want to try to live on me. I’m mostly made of rock and ice, I'm very cold, and my atmosphere is mostly nitrogen, with some methane and carbon monoxide. Plus, I am so far from the Sun that even daylight here is fainter than twilight on Earth.

Charon I was discovered in 1978 and am the largest of Pluto’s five moons, but I’m more than just an ordinary satellite. I’m more than half as big as Pluto, and because Pluto and I actually revolve around each other, we are sometimes called a “double planet.” Scientists have nicknamed my dark cap “Mordor” after a part of “Middle Earth” in Tolkien’s book, The Lord of The Rings. My orbit is “synchronous” with my rotation, so the same side of me always faces Pluto, just like the same side of your Moon always faces Earth. My little brother and sister moons are named Styx, Nyx, Kerberos and Hydra.