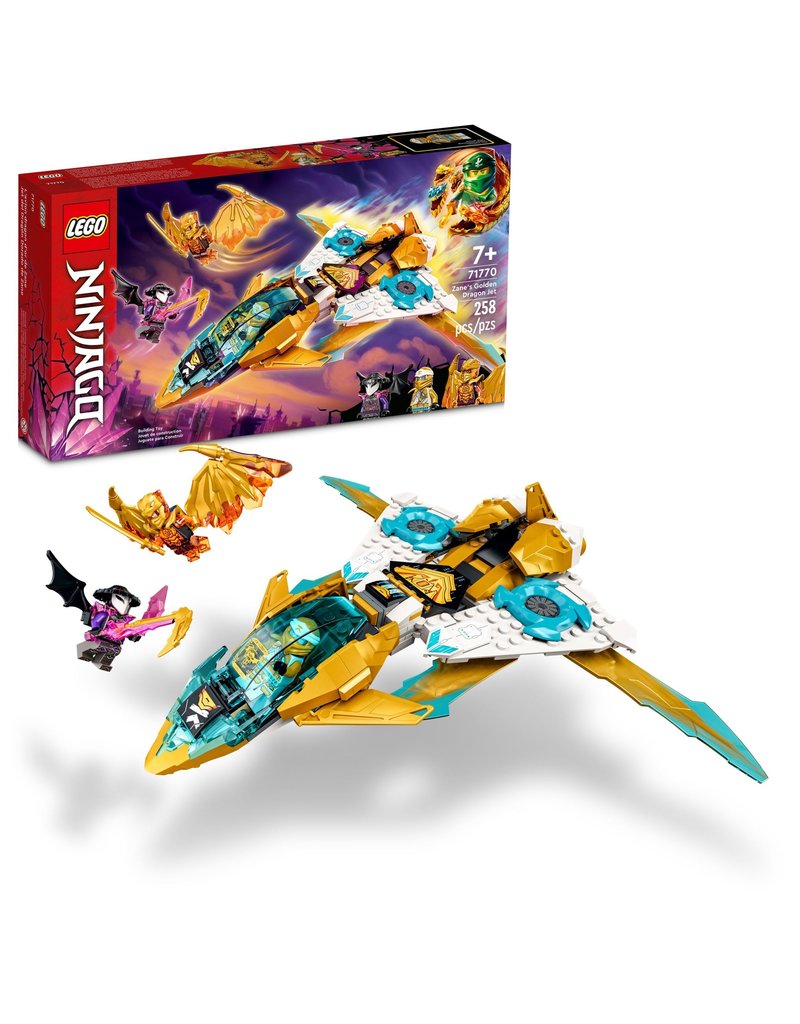 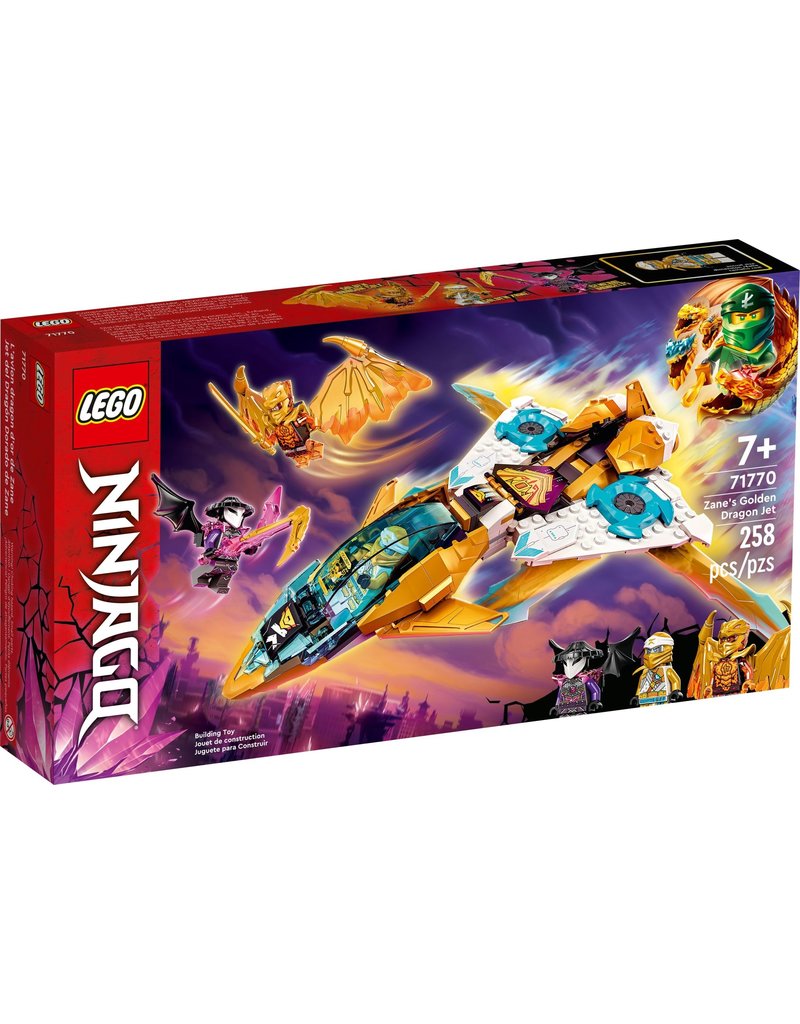 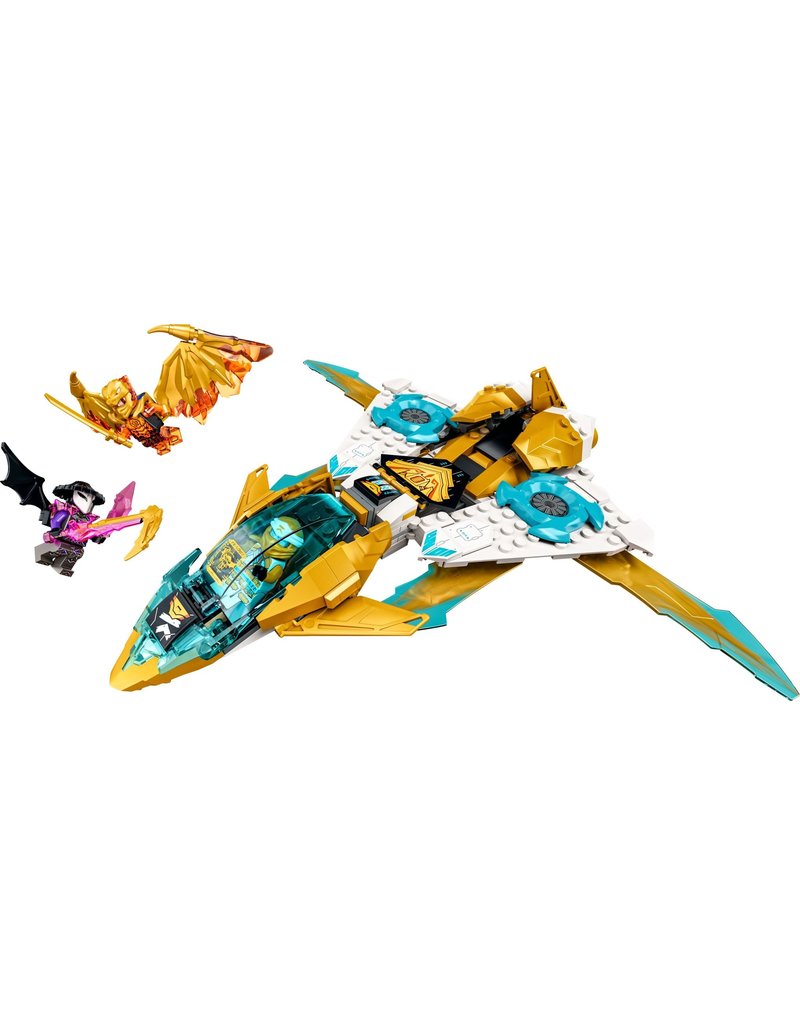 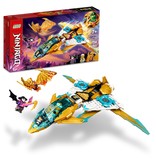 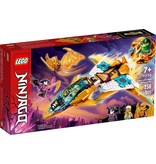 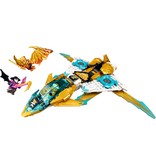 Product Description
The LEGO® NINJAGO® Zane’s Golden Dragon Jet (71770) playset lets kids aged 7+ recreate all-action scenes from the NINJAGO: Crystallized TV series. The impressive NINJAGO jet features a cockpit to place ninja minifigures, plus extending golden wings that make it look like a flying ninja star. Inspire kids’ passion for ninja with this fantastic playset This ninja building set includes 3 minifigures: Golden Dragon Cole, with a pair of golden dragon wings adorned with spikes, Golden Zane and General Vangelis to play out gripping battles between the forces of good and evil in NINJAGO City. Popular toys for little ninja NINJAGO toys transport kids into a thrilling world of fantasy action where they can team up with Cole, Kai, Nya and all the ninja crew to take on a dangerous cast of villains and play out adventures with an extensive collection of mechs, cars, dragons and temples.

Product Oneliner
Supercool NINJAGO® jet toy with extending wings, plus 3 minifigures for kids to play out good vs. evil battles in the sky.

Product Shopper
Soar into the sky for thrilling aerial adventures in Zane’s Golden Dragon Jet. Cole’s elemental golden scythe weapon has been captured by evil General Vangelis and you need to win it back! Get ready for battle by transforming the jet into golden dragon mode and extending the wings so it looks like an awesome flying ninja star. Only you can stop NINJAGO® City being infected with harmful crystals!